From the lowly tidepools of your home planet, you will rise to cosmic dominance. At every step, powerful creation tools and deep simulation mechanics will aid your species’ development. Revolutionary Games Studio is the open-source team of dedicated volunteers aiming to make Thrive a reality.

Thrive is a simulation open-source game made by Revolutionary Games Studio for PC, Mac, and Linux. The game guides the player to develop a species from its beginning as a prokaryote to a spacefaring civilization using editors and other useful mechanics. Thrive aims to be scientifically accurate while still delivering a fun experience.

The game is being actively developed since the first half of 2010 by a group of volunteers from around the world. It is inspired by various games like Spore, Stellaris, and Civilization. Currently, only the Microbe Stage is implemented, and still in development.

Thrive is broken up into various stages, each one having different playstyles, from controlling a cell to have different compounds with a top-down perspective, to managing a spacefaring civilization. In the first half of the game, the player controls an individual organism satisfying its needs and increasing its chances of survival, in the second half the player manages an entire civilization, transforming the game into an RTS.

Evolution is a major theme of Thrive, the player use a variety of editors to change the species' design and behavior, and compete with other creatures made procedurally by the game.

The game is divided into seven stages across a species' progression from a cell to civilization, the stages are distinguished by the species' and civilization's traits which are obtained over the course of the game. 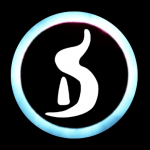 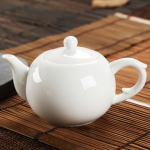